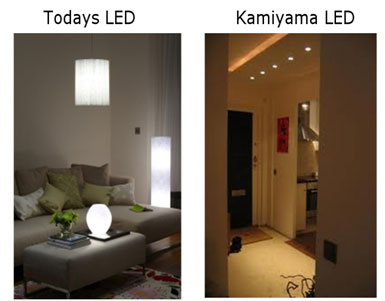 The Kamiyama LED does not contain mercury like compact fluorescent lamps.

The key technologies in the Kamiyama LED are the florescent silicon carbide substrate, the near-UV excitation source and the moth-eye structure for enhanced light extraction efficiency.

The monolithic device structure of the Kamiyama LED is represented in the schematic figure below:

A near UV GaN LED with a central wavelength of λ=385 nm is used to excite the Kamiyama LED. 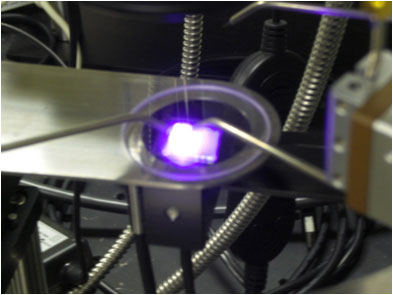 The near UV excitation light is converted in the fluorescent silicon carbide layers to white light in two broad peaks covering the visible region. 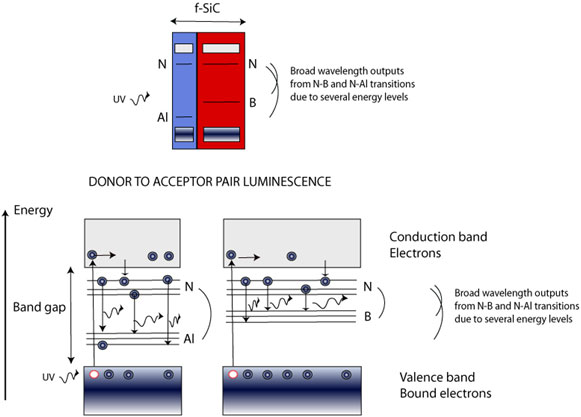 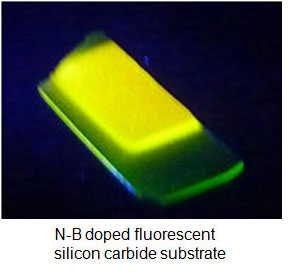 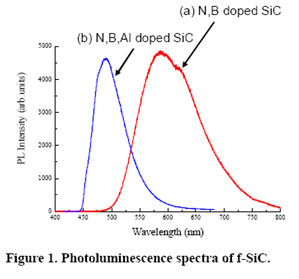 The CIE chromaticity coordinates can be determined by the respective thicknesses of the N-B and N-Al doped layers as detailed in the diagram below. 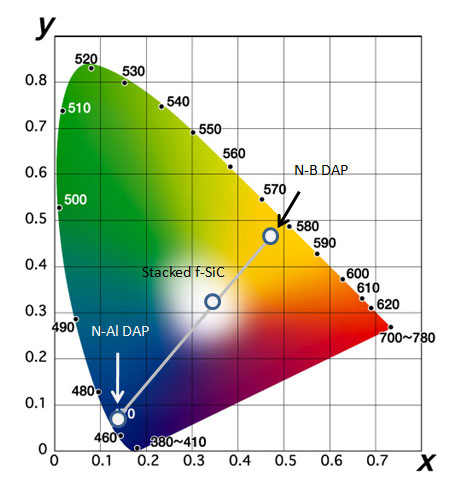 To achieve a high light extraction efficiency the silicon carbide to resin interface is patterned with a nano scale moth-eye structure. 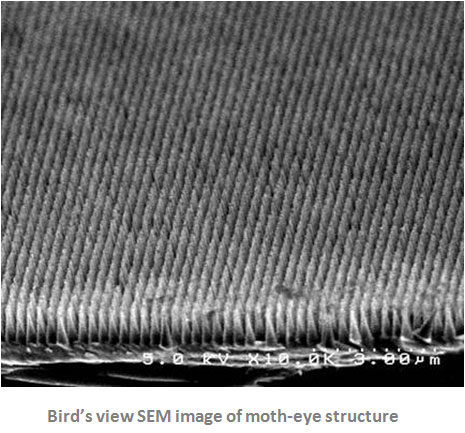 Electric connections are established by gold bumps to a ceramic substrate. 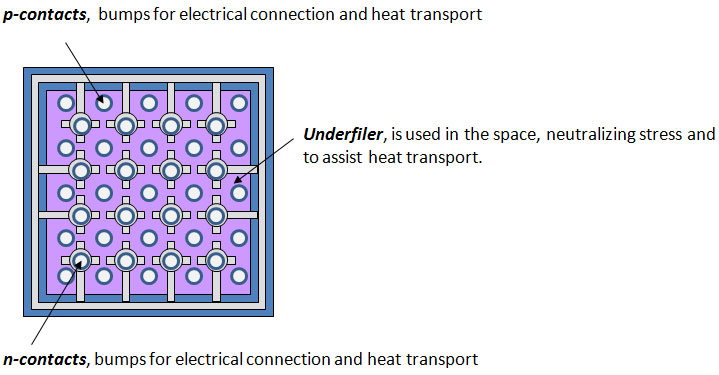