The Moth-eye patterned sapphire substrates (the MPSS) is used in LED manufacturing for reduction of the light extraction efficiency, manufacturing cost and yield improvement. 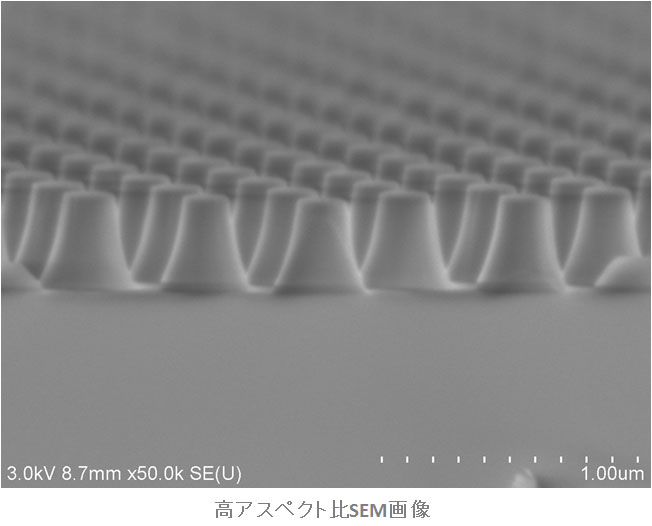 In 1967, the structure on eyes of moths was discovered to have submicron-scale periodic cones. This structure is called “Moth-Eye Structure”, and is known to have almost no reflectivity. 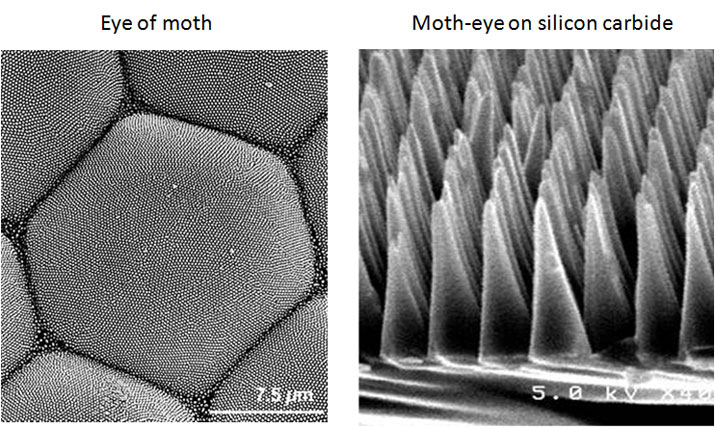 Prof. Kamiyama’s simple and ingenious idea to use a more vertical light path obtained in the moth-eye layer to minimize the number of reflections in LED chips before light escapes and thereby to reduce absorption (energy loss).
The verticalization effect
Diffraction causes reflected and transversing light to bend at the moth-eye plane 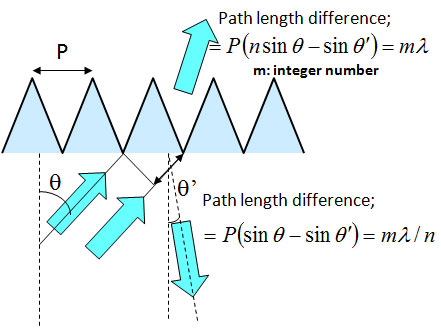 The result is a more vertical angular distribution of light in the LED.

A more vertical angular light distribution is obtained in LED’s grown on MPSS compared to devices grown on PSS and flat sapphire substrates.

MPSS can be applied both in face-up and flip-chip devices. 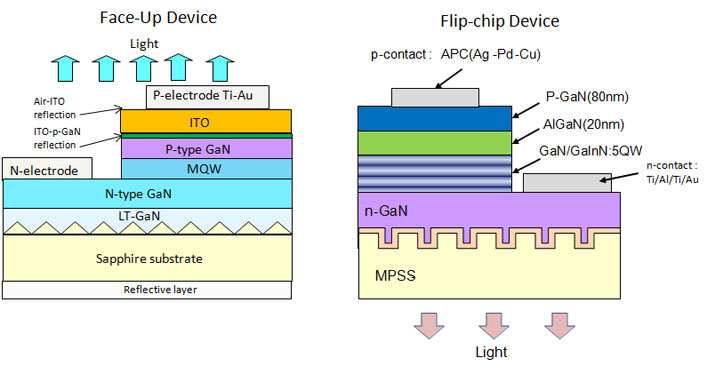 We have applied moth-eye patterning technology on SiC, Sapphire and AlGaInP substrates. 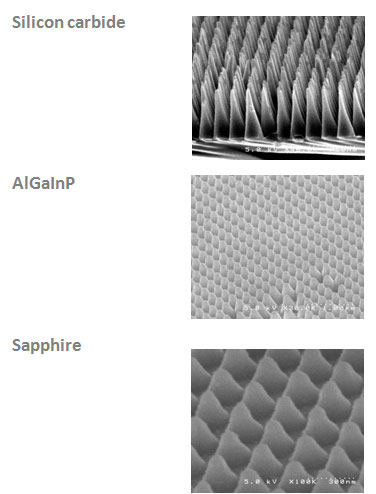 We are patterning 2-, 3- and 4-inch substrates today and are planning for 6-inch production in the future.

MPSS enables the use of a thinner undoped GaN layer than used on PSS and saves cost in production. 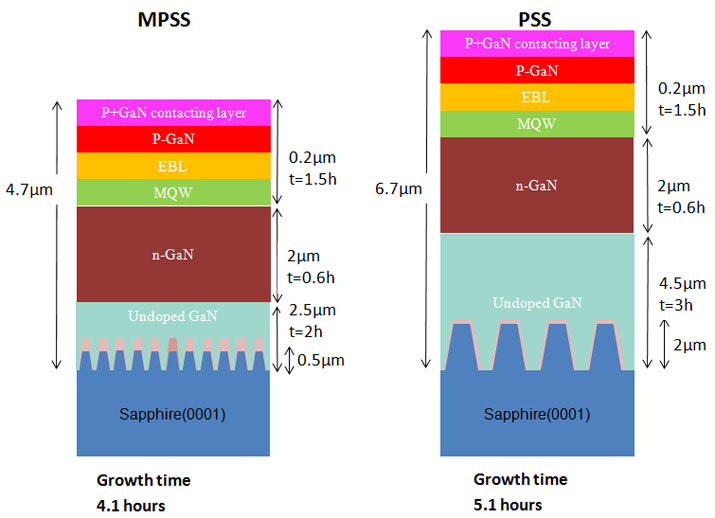 MPSS can be applied in blue, white, yellow, red and green LEDs. 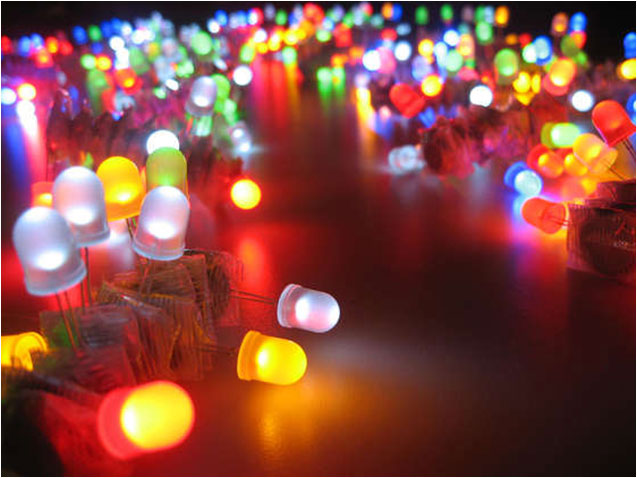